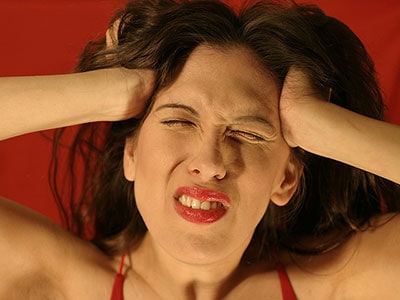 Nearly half of the 8 million auto accidents that occur in the United States each year leave the victim suffering from whiplash, a debilitating misalignment of the neck and spine that can plague you with chronic pain and abnormal neurological function even decades after the fact. In your post-car-crash haze, don’t get conned by the popular misconceptions about whiplash. Learning the truth about the delicate construction of your neck and how traumatic movements affect it is the first step in becoming empowered about your long-term health after an injury.

It is known and normal that symptoms of a car crash may arrive up to fifteen years after the event. In one study, nearly half of patients who experienced a whiplash injury that corresponded with a motor vehicle impact found themselves unable to work and operate at their normal level for up to two years post-accident. Although the body does an incredible job of healing itself by bringing blood and nutrition to an area, it can’t readjust itself or bring its own brain and spine back into appropriate alignment. And because of the silent nature of much nerve pain, it may be years before you begin to realize the deterioration of your injured nervous system.

Because whiplash involves inflammation of the capsular ligaments and often sustains chronic swelling and tenderness, it takes a major toll on the surrounding nerves. Years after a traumatic accident, whiplash can cause new nerve damage after the inflammation to the immediate area is long gone. Because of the ability of nerve damage to create numbness and lessened sensitivity in the tissues, a nervous system in this wounded state is unable to alert the brain of troubling signs and symptoms. This leads to even more significant problems than simple pain, such as long-term loss of sensation, hormonal and immune system imbalance, and permanent tissue injury.

According to the work of Dr. Randolph, author of Some Observations on Whiplash Injuries, “There is only a minimal association of a poor prognosis with the speed or severity of the collision and the extent of vehicle damage.” Let’s be clear: vehicles aren’t bodies, and just because an auto manifests barely a scratch doesn’t mean that its passenger won’t suffer with whiplash, migraines, or jaw problems as a result of the crash. Conversely, a totaled car doesn’t necessitate an incredibly physically damaged patient. In reality, there are much more complicated factors at work here, including the speed and nature of the crash, the position and physical condition of the victim, and the movement of the vertebrae and musculoskeletal system during the impact.

Joints, muscles, ligaments, and nerves are the components of your body system most susceptible to injury from a car accident, and the neck is often the most vulnerable of all. Protect your neck by getting it checked out by Dr. Nygaard as soon as you feel comfortable after your car wreck, because the longer you wait, the more nerve damage you may be saving up for yourself in the long run.