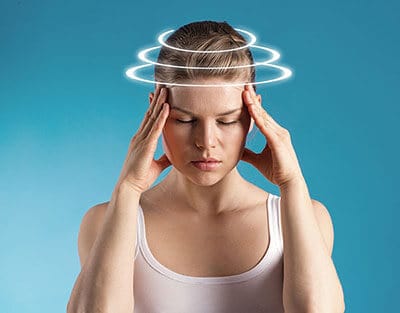 Have you ever ridden a tilt-a-whirl?  Do you remember when you were a kid and you would spin yourself in circles until you fell down?  That dizzy feeling as a child was fun, but can be scary, and even dangerous, for adults.  Most dizzy spells are symptoms of other conditions and it can present itself in a multitude of ways.  Sometimes it feels like your body is spinning, while other times it’s the room that seems to be spinning out of control.

Symptoms of dizziness can include a lack of coordination while standing or walking, a sense of imbalance, fainting sensations and/or lightheadedness. Dr. Nygaard can get to the bottom of these conditions by determining the root cause of the problem.

It is generally attributed to an inner ear problem, although  it could also signal issues within the central nervous system.  Other causes could include allergies, colds or flu, dehydration or stress. It is the most common complaint in people over 70 years old, and the third most complaint by the rest of the population

Could it be vertigo?

Vertigo is the feeling that you or your environment is moving where there actually is no movement.

The following are types of vertigo and their symptoms:

The most common type, it is triggered by certain movements such as a sudden rotation or backward extension of the head.  It is usually caused by some type of blockage in the ear canal. Dr. Nygaard can correct this with exercise or a re-positioning of the head and neck.